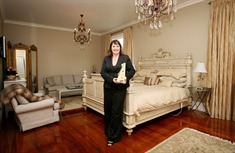 WHAT THE PAPERS SAID
Marlborough Express

By Jo Gilbert – The Marlborough Express

06/10/2009
An “extreme transformation” from empty old restaurant and jazz club to luxury boutique hotel brought Escape to Picton one of the country’s top hospitality awards, its owner says.

Owner Juliearna (JJ) Kavanagh said the renovations took about 16 months to complete and had transformed the hotel.

“A lot of blood, sweat and tears went into it and I guess the judges were impressed by the standard of it, as it’s just so unbelievable comparing start to finish.”

The hotel’s three suites each have their own character and decor, she said, with the three-room premium Modern Suite, the French-style Formal Suite and the “romantic hide-away” Sea Room.

Led by head chef Jason Mitchelmore, the hotel’s restaurant serves lunches on Fridays and weekends, and dinner seven days a week. From October 24 it will be open all day, seven days a week, for the summer.

The former BNZ bank building was last known as The Old Vault, a restaurant and jazz club, before Mrs Kavanagh bought the hotel and began renovating in April 2007.

The restaurant opened for four months from February 2008 before the whole premises officially opened in August 2008.

The 10-strong staff, which grows to between 18 and 20 in summer, had an ethos of going the extra mile for its guests, Mrs Kavanagh said.

“Our emphasis is that we do everything we can for them. Our staff are fabulous.”

Mrs Kavanagh, originally from Gore, runs the hotel while her Irish husband, Killian, and their two teenage children live in Dublin, Ireland.

However, she makes regular trips to see them, with her next two-week visit scheduled for this month.

The business’ first year had been really busy, Mrs Kavanagh said, and the award was a total surprise.

“I was so rapt to win. We’re just a wee hotel with three suites tucked away in Picton. People who had spent millions were in that category.

“I was lost for words when they said we’d won and that blew everyone away, as I’m known for being a bit gobby. They put a mic in front of me and I didn’t really know what to say.

“It’s just such a prestigious award. It says, `your hotel is excellent’ – what a fantastic thing.”